Effects of Humidity on Shiitake

Evaporating of water is important during shiitake cultivation. Mushrooms consist of 85% to 95% water and are constantly losing water to the air. The substrate is also losing water. If too much water is lost, both the quantity and quality of the crop suffer. Water loss is controlled by regulating humidity levels. For this reason, the grower must understand the concept of humidity and the tools and techniques which monitor it. 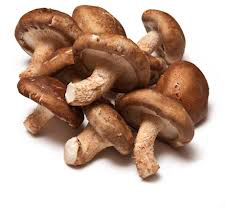 Relative humidity is measured in several ways using an apparatus called a hygrometer. Some hygrometers use a humidity-sensitive element, often a human hair, which changes length with humidity. These hygrometers are inexpensive, work well and are accurate within 5% RH at humidities below 80%.

A more accurate type of hygrometer is the psychrometer. This tool is often used to calibrate other kinds of hygrometers. A psychrometer consists of two identical thermometers, a water reservoir and a wick around one thermometer bulb. Evaporation of water from the wick lowers the temperature of the wet bulb thermometer. The difference in temperature between the dry bulb and wet bulb is used to calculate the relative humidity. Some psychrometers can be mounted on a wall where the air circulation is sufficient, while others (sling-type) are whirled in a circle to get an accurate reading.

Other methods of measuring relative humidity are based on cooling the air until it reaches the dew-point, then measuring changes in the electrical conductivity of humidity-sensitive materials.

As water evaporates from a surface, that surface is cooled. This phenomenon, known as evaporative cooling, is due to the latent heat of vaporization. Each molecule of water requires 540 calories to vaporize, and it obtains this energy (heat) from the surrounding environment. Thus, as the water vapor escapes, it carries a great deal of heat with it.

For example, assume that some mushrooms are in contact with just one cubic ft of air at 55°F (13°C), 90% RH. The saturation point of air at 55°F is 4.9 gr per cu ft. Therefore, at 90% RH, the absolute humidity is 4.4 gr per cu ft. If there is no air movement or condensation, the maximum amount of water that could be lost from the mushrooms is the difference between the saturation point and the absolute humidity (i.e., 4.9 gr minus 4.4 gr = 0.5 gr).

As has been shown, evaporation potential and humidity are very important in mushroom growing. Relative humidity and air movement must be carefully controlled to avoid rapid drying, yet provide enough ventilation for good mushroom growth. The final moisture content of a mushroom depends, in part, on the humidity during maturation. Mushrooms grown at high humidities contain more water than those grown at lower humidities, given the same temperature, air flow, substrate moisture content and strain.

Water loss is detrimental during storage of fresh shiitake, in part because loss of weight results in lost revenue. Mushrooms are 85% to 95% water, and there are no barriers to water loss from the mushroom surface. In fact, evaporation initially occurs at the same rate as evaporation from the surface of an open container of water.

In addition to weight loss, the quality of fresh mushrooms is lowered by water loss. Mushrooms wilt and shrivel as they lose water, thus detracting from their appearance. The degree of wilting depends on mushroom density; dense mushrooms do not wilt as readily. Mushroom density is influenced by strain and also by conditions during fruiting.

The evaporation potential of the storage facility also affects the rate of water evaporation from the mushroom surface. An additional factor is the degree of exposure of the mushrooms. Mushrooms completely exposed to the air will lose more weight than those protected by a container.

The stage of maturity also influences evaporation rate. Mature mushrooms with exposed gills have more surface area from which water can evaporate.